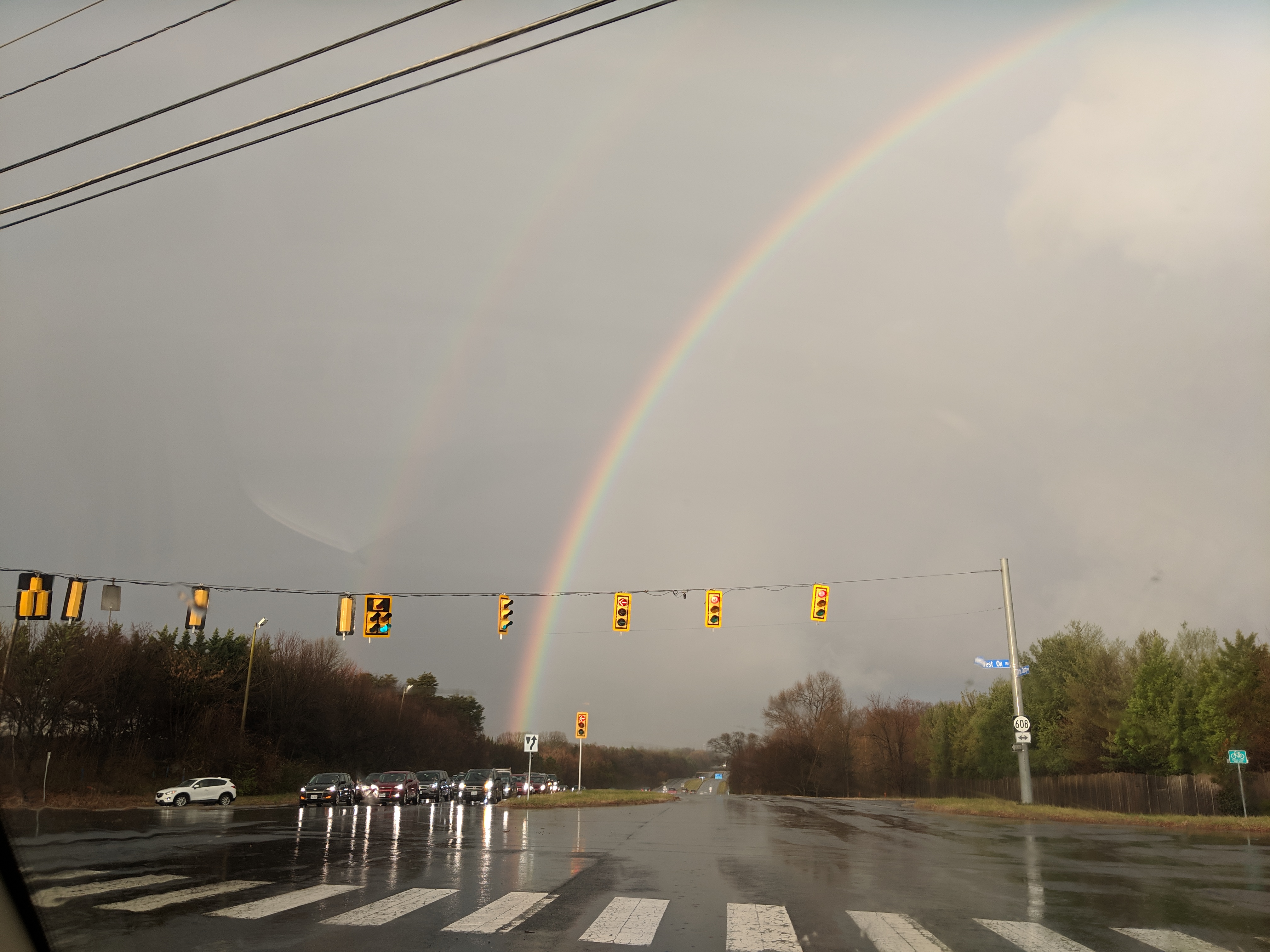 I’m not new to owning an Internet space – as a child, I had a fairly prolific Internet presence, most notably hosting a TeamLiquid anonymous blog until I quit StarCraft around sophomore year of high school. But, this is the first time I’ve attached it to me, a real (?), breathing, and irrational human being.

A few days ago, I was driving back from Fairfax on an unusually warm winter day. It was less than a week until Christmas, but my family had been awoken to the sound of thunder and lightning and the smell of summer. I can’t remember what I headed out to do, but on my way back as I saw the sun peeking out from the edge of its clouds while it poured, I started searching for a rainbow.

Sure enough, one appeared. It was a double rainbow as well, and the picture fails to capture how it was the most clear and vivid rainbow I’ve seen in my life. I enjoy adding silly meanings to things around me (as a child, I used to do this to an extent I’d make certain parts of everyday life difficult beyond seeming just very weird to other kids – for example, I wouldn’t talk to my friends unless the socks I randomly grabbed that morning included at least one pink sock), and so I’ll take it as some sort of sign for me to continue full speed ahead.

I’ve always wanted to own a public plot of land on the Internet, not just as a digital flashy trophy case for life achievements and professional prowess, but more so to leave a part of myself somewhere beyond my head. Somewhere among this is a belief that I have something to say, but I’m not entirely sure exactly what yet. I’ll work on it. I’ll keep learning.

In the meantime, I’m not very satisfied with where I’m at currently, and so I’ll continue along and document my journey along the way for myself and any onlookers to see.