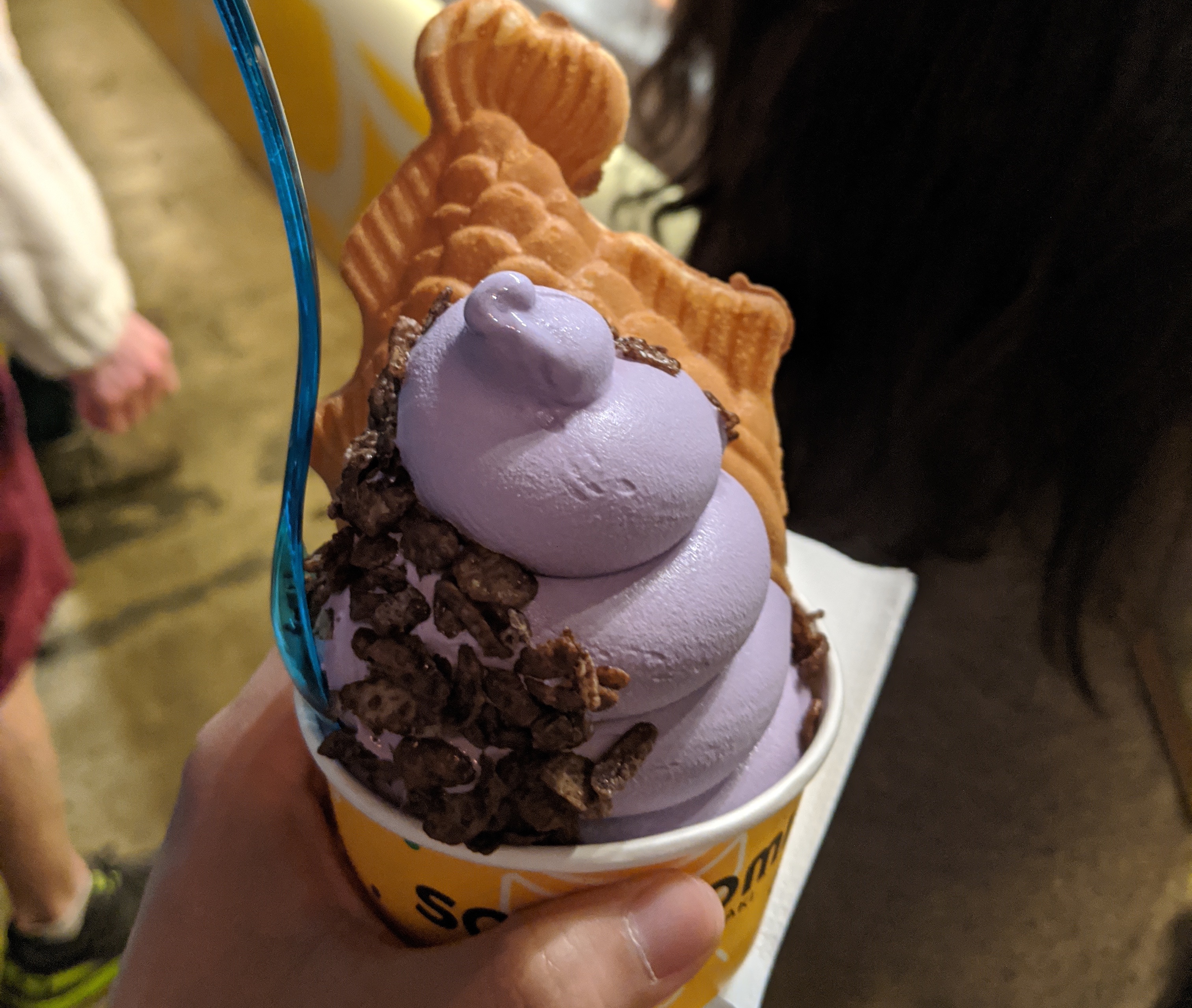 I’m not really sure where to begin. To be completely honest, the past few months have been difficult. It’s been hard for me to adjust to working from home and the new rites and rituals that come with living in a pandemic, and it also seems like every morning, there is one more new thing that is wrong with the world. Like many, I’ve had to put much of my life on pause. I’m thankful that as a junior developer, I was still able to keep my job while I know many others who were not able to.

I’m in the middle of putting my life back on track, and adjusting to what is now the new normal. It’s been a while since I’ve been to this little corner of mine, and there’s some dust I know that I need to clean off. I missed giving an update for Q2, and instead I’m just going to give a generic “What I Learned (and Still Don’t Know) Pandemic Version” post.

I feel a bit shy admitting this, but ultimately these posts are meant to be reflections for me – records where I can look back at my frank musings at the time, for better or for worse, and hopefully chronicle my progress over time. So: I struggled a lot adjusting to the pandemic. It was hard on my mental health. I was essentially living on my own (I had housemates at my old place, but we all kept to ourselves), and there were periods of multiple weeks that would go by where I would only leave my room to go to the bathroom, do my laundry, or quickly grab food. I had only recently moved and started work when the pandemic began, and I didn’t quite have a community yet in LA. I didn’t realize until the pandemic began how essentially all of my social life was based in the office or otherwise related to Riot. I was also quite a few years younger than most other people on my team, and while my coworkers adjusted to their own set of difficulties that came with sheltering-in-place with a family, I was just completely alone. I was far from home and missed my family, but I didn’t want to fly home because of the risk of transmitting disease to somebody in my family who was immunocompromised, and I didn’t want to take the time off to drive all the way across the country.

I also struggled with balancing having healthy work hours and boundaries. I was used to there being a physical delineation between when I was working and when I wasn’t – I’d walk into the office and do my work, and then leave and know I was on personal time. When I first started working from home, my work and personal space were indiscernible from one another. I would be “off-work” and playing video games on my own, but feel guilty, as if I should be working. I’d check Slack and read my emails during personal time, and I’d find it hard to focus during work hours. My motivation to work and enjoy it was also being worn down by the combination of being so isolated and also tasks taking longer to complete (I never appreciated how much unblocking happens from quick conversations over the shoulder, or how much of my awareness of the team and our work comes from overhearing conversations), in addition to there being more distractions around me in a work-from-home setting.

I had a few personal matters that I was learning to cope with, and I also felt demotivated from life plans changing. I had just graduated and was working my first job after moving across the country – I was so ambitious and excited when I first arrived. There were so many things I wanted to do and learn. It felt like I was just starting to get into the groove of things when my life felt uprooted and put on pause.

What changed was, to be completely honest, making friends. I met a person through a mutual friend who then introduced me to his entire friend group. I joined their Discord server, and everybody I met welcomed me and I found myself looking forward to getting off work and being able to play and laugh hysterically with all of the people I had met in that server until late into the night. They were all people I had never met in person – most of them were based in Vancouver, Canada – but they were people who have become some of my closest friends. And suddenly, as I grew less lonely, I found myself being more productive at work and gaining motivation again to return to the goals I had set for myself when I first moved to LA.

When I tell people about this, I always feel ashamed. I feel like I’m weak and dependent on others. I had this happen a bit in college too, where times that I struggled in school correlated with times that I was unhappy or struggling with personal issues. I see others who are always able to step up to the plate regardless of how much is weighing on their shoulders, and then look at myself and am just disappointed. I see it as a lack of discipline, resolve, or just in general a fault of having a weak spirit. I was raised to believe that having friends and socializing were “frivolous” and “unproductive”, and I’m still trying to fight against those beliefs and be more forgiving of myself.

Since then, I moved in July to a new place with three friends who also work at Riot (two of them started on the same day as me, while another started a few weeks afterwards). We had all met the previous summer as interns, and it’s certainly thanks to them that I’ve grown a lot happier over the past few months.

There’s some conclusion here about mental health being important and I’m still working on being easier on myself about falling off the train I was on earlier this year. But to anybody reading this – these are strange times. It’s hard on everybody, and I can’t being to imagine what you’re probably going through. Even if everybody’s pandemic situation is different, there’s definitely a universal feeling of difficulty and adjustment, and if you’ve felt anything like how I did so far this year, you’re not alone. And it’s okay! We’re going to turn things around together.

It took me a bit to even remember what I did in this period. Everything from mid-March to now feels like a gray, amorphous amalgamation of days. My team is currently writing our next set of 120 Day Plans, and I went back and read through my previous goals and realized I’ve accomplished quite a bit more than I was giving myself credit for.

A few bullet points I’d like to point out that I accomplished:

Some things that I didn’t make as much progress on:

I would also say that I’ve gotten a lot more comfortable with 1:1s with other people, especially my manager, tech lead, and team captain. I’ve been able to use them to be a lot more productive. Some examples are I’ve started pairing or going through a run-down of the architecture of certain products with my tech lead, or asking questions about Esports Digital priorities with my team captain (and also giving input on which tasks I’m most invested in). I’ve also been having better 1:1s with my manager, and we recently went through the revised job architecture with looking at opportunities for me to start aiming towards tasks that a mid-level software engineer would pick up.

A random new goal that I want to accomplish this upcoming quarter: give a tech talk! I’m a bit nervous at picking a topic, but I’m going to probably lean towards something related to programming language semantics. More details TBD – I’ll probably write about my process preparing for it and perhaps record a version to post here for my own amusement.

(Shameless plug: check out my introductory notes on Functional Programming here! I know, I haven’t made another one in a while. I’ll do it soon, I promise.)

At some point in around April, my team made the decision to deprioritize [redacted product]. We wrapped up work at the closest stopping point, merged in our changes, and haven’t touched the product since. In the moment, I was really disappointed by the decision. I was excited to be working on a product from the early stages, as all of my previous experience so far had been with mature products with already established frameworks and design patterns. We were moving quickly, and we frequently would revise our choices as new things cropped up. I was also working on the skills that I wanted to gain more experience with (backend web services) and with the people I wanted to learn from (especially H.S.).

However, because a number of esports events were cancelled as a result of COVID-19 and we were tackling what felt like was too many projects for the number of engineers on our team (especially with one engineer going on paternity leave), the project I was working on was iced in favor other others that would bring in more revenue. It’s disappointing, but I understand and also believe that the decision was the best one for the team’s health overall. Alas, that’s a part of work life, isn’t it? My first dropped project!

After the pandemic first broke out, another plan that was thrown into uncertainty was whether or not the summer internship program would still take place at all, and if it still was, in what form it would be. Eventually, Riot made the decision to host all of the interns remotely in a shortened 8-week internship (effectively, it was a 7-week internship because we had a company-wide week off at the beginning of August). My team ended up having an intern, and it was an incredibly nostalgic but also nerve-wracking event for me.

It was nostalgic in that for the first time, I was on the other side. I remember when I first started at Riot a year ago as an intern on the team and was struggling with just even feeling like I belonged on the team. I was that full-time employee who I was looking up to for guidance, who I’d nervously approach and ask if I could have a 1:1, and who I’d go to when I was stuck. I thought about Sri, the intern-to-full-time-convert who was on my team at my time and who I grew really close to last summer.

I felt old! I missed the last summer, and how much fun I had. But also, I oddly felt a sense of responsibility – it was my role now to be that full-time software engineer that I looked up to; to be meaningfully different and more confident and capable than the wide-eyed newcomer who stumbled into the office back in May 2019. So I felt a bit nervous about the fact that we were getting an intern, because I was now longer the most junior member of the team. I felt a bit of pressure in that I needed to make sure that I was at least contributing more than he was.